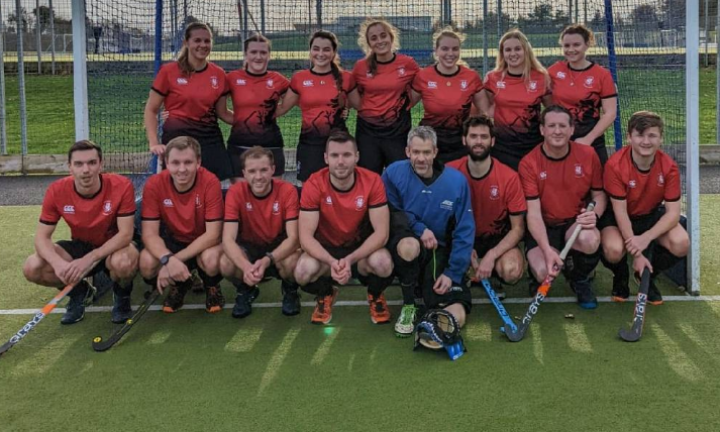 The day had finally arrived; the first game for the newly formed mixed team, at home against Solihull Blossomfield. Spirits were high before the game with everyone ready to kick off the mixed team’s record with a victory. As we prepared for the match, with a team talk consisting of one-hand one bounce, a bag of sweet chilli sensations, and the usual inspiration from Paul, we all were set on that win.

As the game started it was clear we were playing the type of hockey we liked to see, with plenty of fluent play and some superb attacking play. Throughout the whole match we played with intent and were on top for a great portion of the game. With great close quarters play leading to goals from Elliot and Maisie, and outcomes in the shape of short corners, we finished the game a comfortable and well fought 6-2 win. Sadly no cameo from Paul himself, whose half time wisdom was stolen before he could get to it. And also a long awaited rest for Dave Standish, coming off with 5 minutes to go.

Overall, it was an amazing game from the team, and the potential we showed was immense; great to see as it was our first game as one team. Going onto the next round, we will be looking for that next win to add to the record and to progress even further.